Since they first appeared on the scene, tanning beds have raised hotly debated questions concerning its usage and safety. Amongst the arguments used by those in support of tanning beds is its ability to increase vitamin D. With vitamin D considered essential to a healthy immune system, it is considered a major advantage. On the other end of the divide, though, fingers are pointed at the dangerous UVA and UVB rays emitted by tanning beds. To better get a sense of it, let us consider a few things.

How Do Tanning Beds work?

Curious how tanning beds work? Tanning beds typically contain fluorescent bulbs that emit ultraviolet rays (UVA and UVB rays). These rays, acting on behalf of the sun, tan the skin by stimulating melanin production in the skin. UVA light from the rays oxidizes the melanin, causing the skin to get darker. For this to work, the individual will require several tanning sessions.

According to the Office of Dietary Supplements, vitamin D is produced when sunlight reacts with the skin. Vitamin D is a fat-soluble vitamin which is essential for maintaining regular blood levels of calcium and phosphorous and absorbing calcium. Certain foods such as cod liver oil, eggs, fatty fish, cereal and fortified milk also contain vitamin D.

In adults, vitamin D helps the prevention of osteoporosis and osteomalacia; while it helps the prevention of rickets in children. According to some studies, diseases such as lung cancer, high blood pressure, and certain autoimmune diseases can also be prevented by this vitamin. According to the Office of Dietary Supplements, an average adult under 50 needs 200 IUs of vitamin D each day.

There are tanning benefits and advantages associated with tanning. Some doctors have prescribed the use of sunshine (or tanning beds) for vitamin D deficient patients. This is in keeping with a study from 2005 which claims that vitamin D can have such positive effects as stifling the formation of blood vessels which feed tumors and preventing abnormal cell growth, which ultimately prevents further growth of a handful of cancer cells. Unfortunately, high-level exposure to sun rays and tanning beds present a risk of skin cancer. With skin cancer not as deadly as other forms of cancer, according to the study, exposure to UVA and UVB rays are not as fatal as claimed.

For those who oppose the use of tanning beds, the risk of skin cancer is a major sticking point. With vitamin D available through other means, this risk is not considered necessary. The International Agency for Research on Cancer, as of July 2009, rated tanning beds as carcinogenic humans. This is the highest possible cancer risk rating, placing tanning beds in the same category as plutonium, radium, and randon gas. Indeed, a study carried out by the agency notices a 75% increase in skin cancer risk for those who begin using tanning beds before 30. 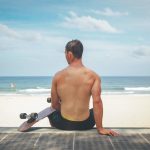